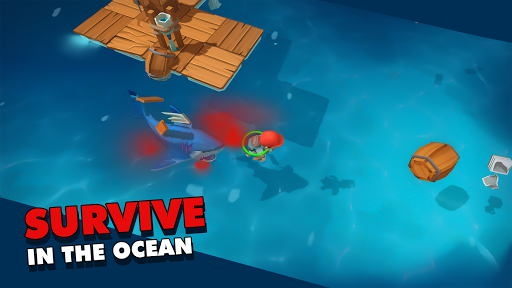 The Open-Beta version currently contains game mechanics, such as:

– Extraction of resources from sea with a hook
– Researching and crafting items
– Construction of raft
– A global map and movement between Islands
– Story Island, Random Islands and Farm Islands
– Resources on Islands that can be mined with an axe, pickaxe, and shovel
– Quests system
– Opponents: sharks, mutocrabs and zombies
– Weather conditions and their impact on characters
– Equipment that affects player’s stats

In the future, it is planned to expand the functionality by introducing following features: